From Hasedera, out next stop along the “Great Buddha” recommended tour course (by the Kamakura Omotenashi Project) is Kotokuin.

The temple is renowned for The Great Buddha of Kamakura, a monumental outdoor bronze statue of Amitābha, which is one of the most famous icons of Japan. It is also a designated National Treasure. Including the base, it measures 13.35 metres tall and weighs approximately 100 tonnes. According to temple records, the statue dates from around 1252

A photo of Lyn outside a Kamakura shop.

Along the way, I saw a cute Winnie the Pooh tricycle parked right outside the Hasedera:

Continuing on the bear motif, here is the Teddy Bear Petit Hotel.

We passed through the Niou gate (仁王門) containing the two Deva King statues on each side.

These is a closeup of one of the four bronze lotus leaf sculptures around the statue (originally there were 32).

Here are the images of the Great Buddha from various angles. The bronze statue was originally gold plated, and you can still see bits of gold plating on the statue.

The back of the statue features windows!

Yes it’s true – the statue is hollow and it is possible to climb inside it.

This is the Kangetsu Hall – supposedly part of the Imperial Palace in Korea in the 15th century and then moved here – it contains a standing image of Avalokiteshvara Bodhisattva (Kannon Bosatsu).

This tablet contains a waka (31 syllable Japanese poem that reads  「かまくらやみほとけなれど釈迦牟尼は美男におわす夏木立かな」. It’s by Yosano Akiko (与謝野晶子) and translates to:

Here in Kamakura
the sublime Buddha is of another world,
but how like a handsome man he seems
adorned with the green of summer.

Some stone lanterns around here.

Outside the Kotokuin is a shop selling Hello Kitty souvenirs.

And what appears to be “Happy & Lucky” dolls.

And on our way to our next destination we encountered a workman repairing some overhead cables.

This is one of several road tunnels – this one runs underneath Sasuke – everywhere we went seem to be bumping into schoolgirls today.

Cute doll in a window. 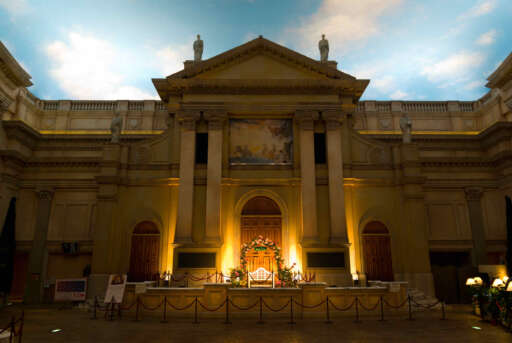 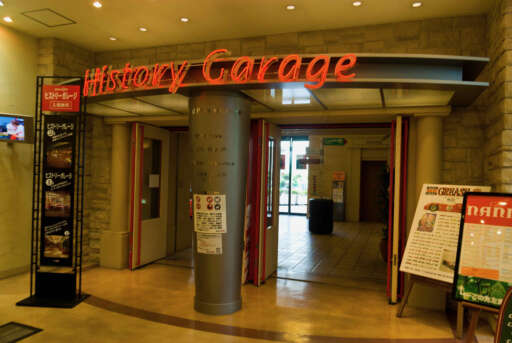 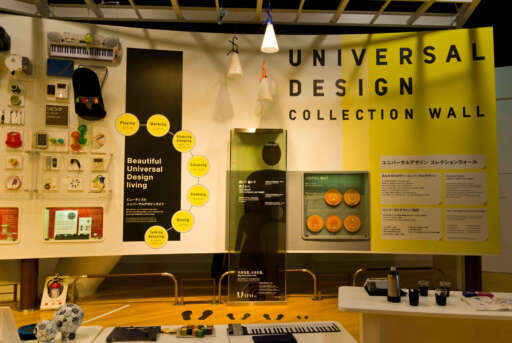 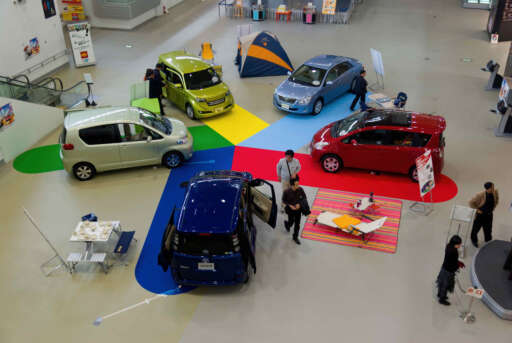 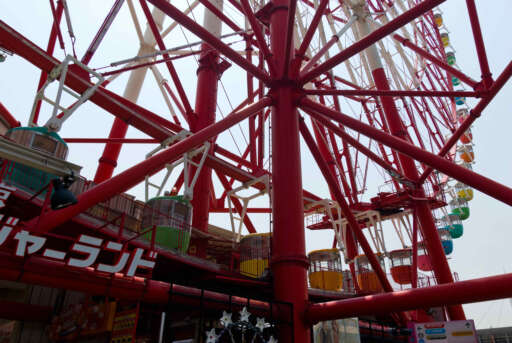 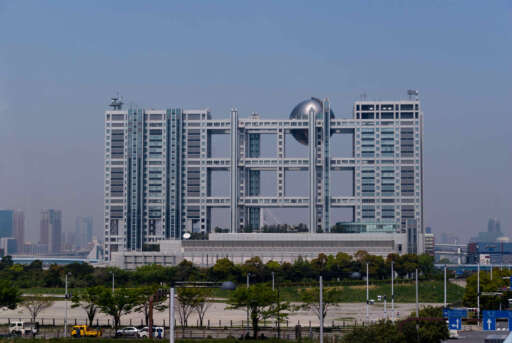 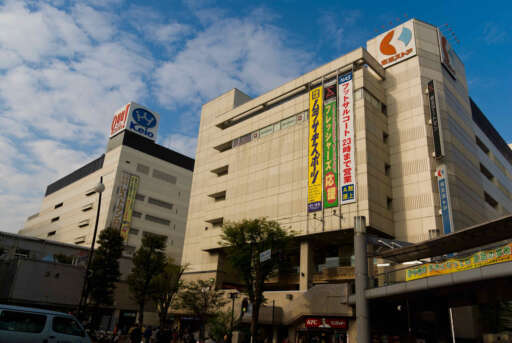 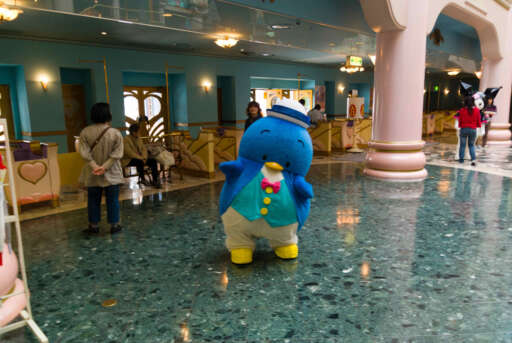 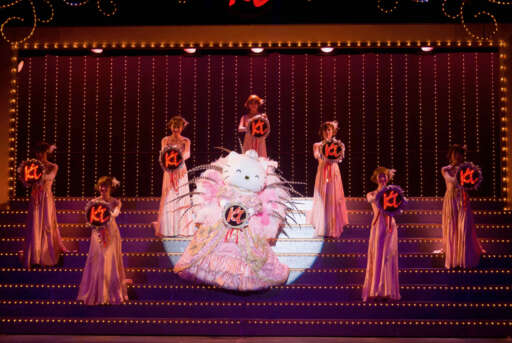 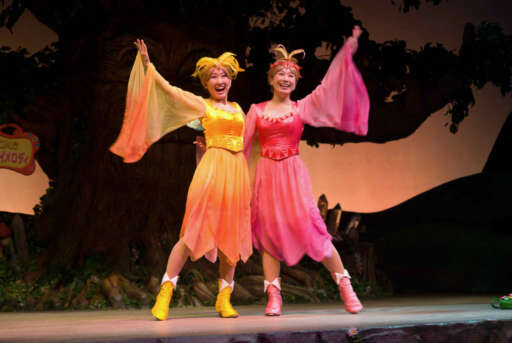 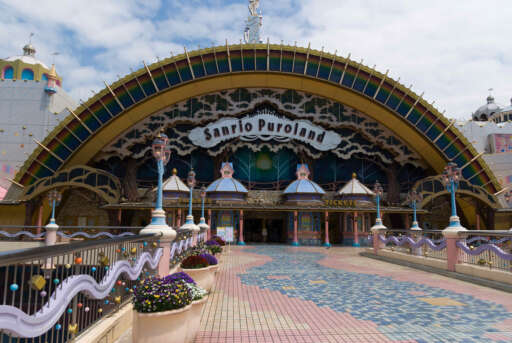 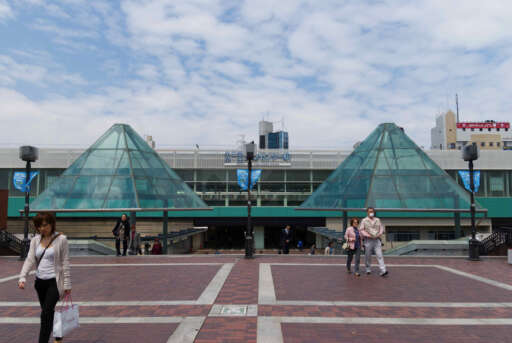 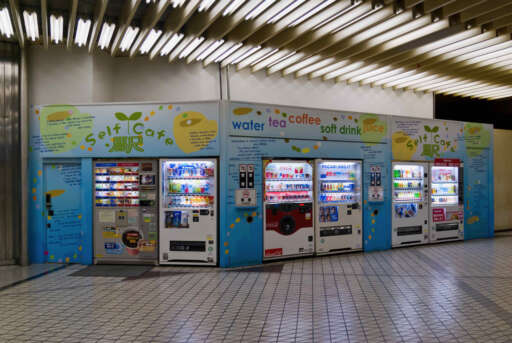 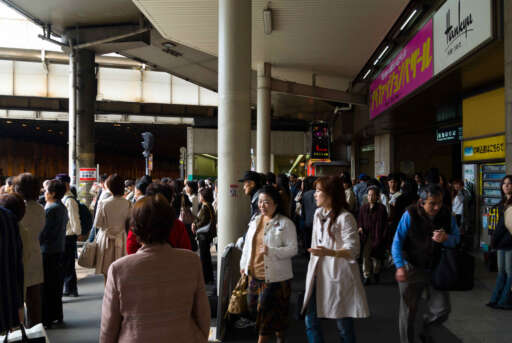 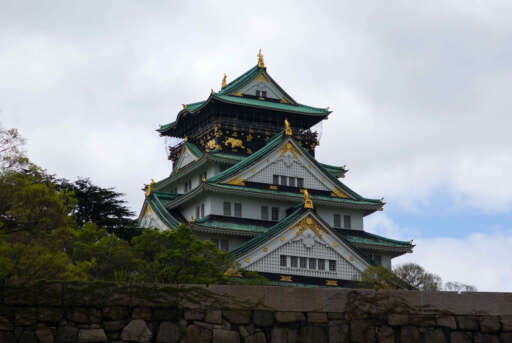 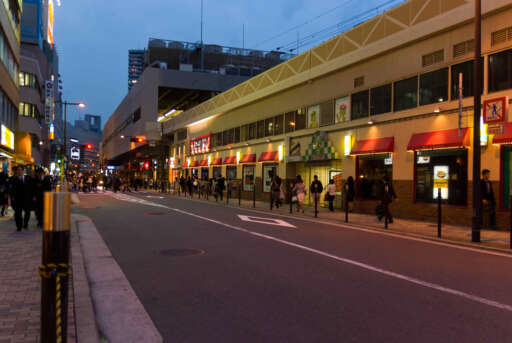 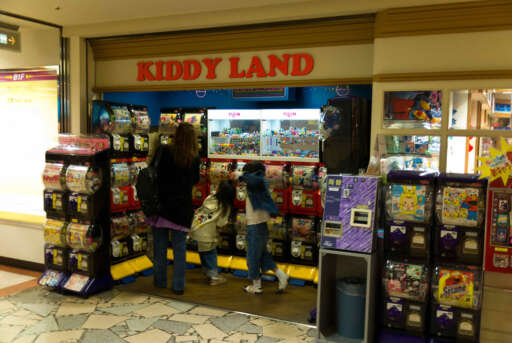 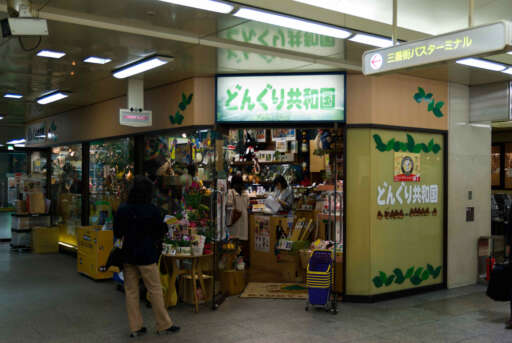